Where are they now?

Questions about History or requests for information (does anyone know where my car is now?) can go here.
Post Reply
3 posts • Page 1 of 1

Where are they now?

Does anyone know the whereabouts of the three Minors pictured on the front cover of Lindsay Porter's Restoration manual: 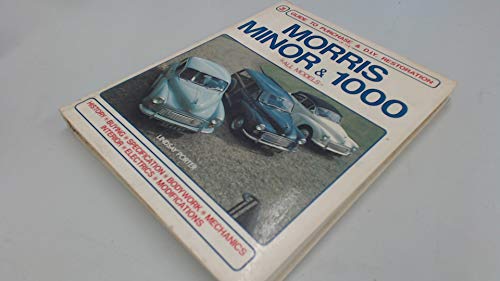 According to the DVLA, the 5544MT and JEE 24 plates now both reside on BMWs!

I always liked the look of the blue Traveller, which I gather belonged to MMOC member Pete/Peter Hanby IIRC, and I tried to make mine look as good!

According to the DVLA website, it hasn't been taxed since April 2003, so I was wondering if it still exists - it would be a great pity if it doesn't...
Maurice, E. Kent
(1970 Traveller)

Re: Where are they now?

Hi Maurice,
The white convertible was owned by Ken Jee from the Manchester area, many many years ago. After not seeing him for nearly 40 years we were reacquainted at the Northern Regional Rally/South Cheshire Branch Rally on Sunday 13th August this year. He entered a very nice Series II saloon in the Concours.

I asked him what happened to the white convertible; to which he confirmed he sold it sometime in the late 1980's but kept the 'JEE' number plate. The car was in excellent condition at the time and he said that he has been trying to track it down to try and buy it back but without success to date.
Busy collecting parts for my '52 MM Convertible and 1949 Saloon restorations. :o

Re: Where are they now?

Interesting - thanks for the info.

Users browsing this forum: No registered users and 1 guest