Instead of clogging up posts with off topic discussions, have them here. Keep it clean folks!
Post Reply
117 posts

Sitting in a bar in Manhattan drinking a Brooklyn Pilsner. Its 5.1% and very easy on the pallet.

Not normally a lager drinker, but no real ale out here.

Plenty of 'real ale' in North America (US and Canada) I lived in Nevada for 3 years and only rarely had to drink mass produced Piddle, I recently spent 3 weeks in Canada and Alaska on holiday, rarely drinking 'Larger'; unless it was something special like the Banff Ave Brewery Black Pilsner. http://banffavebrewingco.ca/

See this website for some local breweries in NY/Manhattan:
https://www.beermenus.com/cities/435-ma ... -breweries

IPAs and Red Ales are very popular with Craft Breweries in North America, producing beers in the range of 3% to 9%!

This time of year you can often find Pumpkin Ale

We'll have to disagree on that then.
They do have a wide variety, not just IPAs. I agree Pumpkin can be an 'acquired' (strange) taste, but I also found it varied between Breweries.
While the large US Breweries are generally even worse than certain well known UK national Dishwater brands, I've had plenty of decent craft ales in the US/Canada.
There are some rubbish tasting UK Ales too.
But anyway, this is only a Currently Drinking Topic.
I'll shortly be having a bottled beer with my dinner, I've got a wide choice in the fridge, but I think it'll be Sadler's Black IPA.
Last edited by geoberni on Sat Oct 12, 2019 8:20 pm, edited 1 time in total.
Basil the 1955 series II

Redbook Ale is another nice one.

Then I need to get my backside in gear and do some homebrew, in time for Xmas.

Not currently drinking, but I will be soon!

Yesterday, I had a very nice pint of something called "Hopfather", in the Red Lion at Llangynidr.

A drop of mulled cider after a trip to Lilleys shop. Just the job for warming up after an afternoon in the garage.

Had a nice pint of Adnams Ghost Ship last night whilst reminiscing about Party Sevens.

Large cans of beer similar in size to the old Party Seven appear to be making a comeback.

Lagers and pale ales, some mainstream brews but a few I've not heard of. One went straight down the sink, Cali Pale, tasted like rancid orange juice yuck 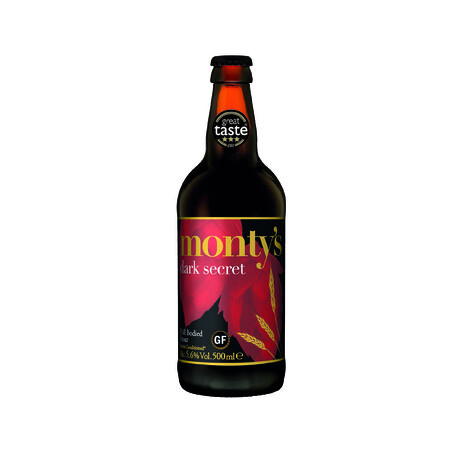 Oo, tell me more... where is it brewed and where did you find it?
Mary Hall
Driving a traveller every day come rain or shine!
MMOC N°1756
Club Secretary, Amicale Morris Minor France

One of our local breweries, Chedder Ales https://www.cheddarales.co.uk/ brew an excellent range of gluten free beers.

I'm currently in a bar in Dungarvan in southern Ireland. I'm having a couple of the black stuff.

It would be rude not to here..

Users browsing this forum: No registered users and 6 guests